The Millennium Falcon the ship of riddles as its called by some people, is clearly the most iconic ship in the Star Wars universe, loved by all and like the USS Enterprise from Star Trek a star in its own right, designed by Ralph McQuarrie, based on a hamburger with a pickle on its side (or so its said) and the mind of George Lucas  a few years ago I wanted to have a go and building it, this is in the not finished category or WIP section (work in progress). 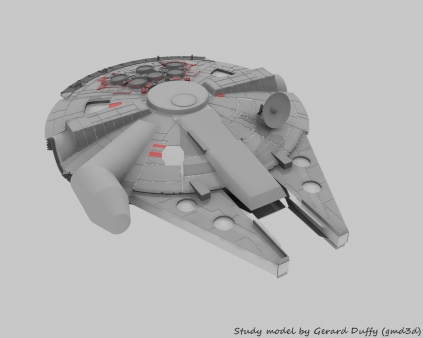 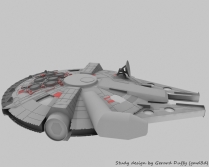 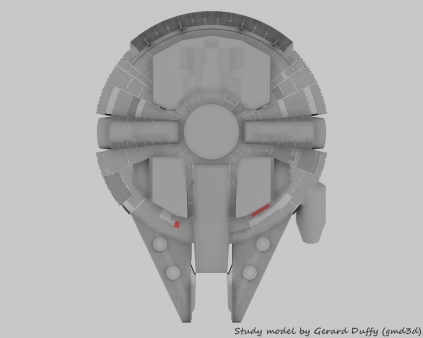 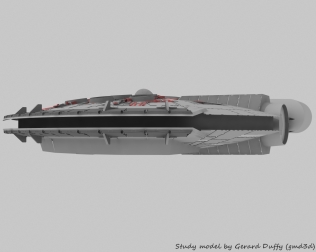 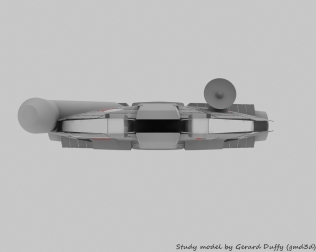 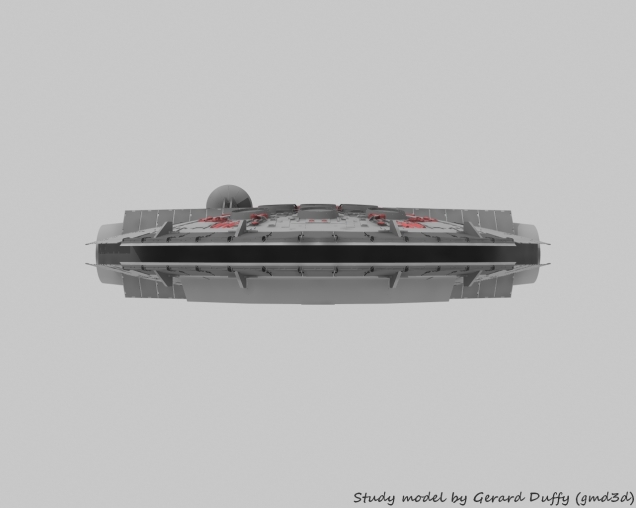 I never finished it because I was moving from Ireland to Spain, it is one design I would like to return too someday.

This is as far as I got in the build, it’s a detail model and the thing about heavy detailed models is they take time to render and is heavy on PC resources i.e. RAM, so it could take time to render in an image or worse an animation. a lot of my model time is taken up with how to cut corners to reduce the all important polygon count.

Going back to the original artist concept Image, apart from a few changes I would like to have a go at designing his original concept design

My name is Gerard Duffy I like to create CGI models & original designs in Lightwave3d most based on Film & TV shows check out each of the designs in CATEGORIES selection below this profile. I no longer participate in Fan film efforts
View all posts by gmd3d →
This entry was posted in Millennium Falcon and tagged Lightwave 3d models, Lightwave3d, Millennium Falcon, Ralph McQuarrie, Star Wars, taraniscgi.wordpress.com, YT 1300Lightwave 3d models. Bookmark the permalink.